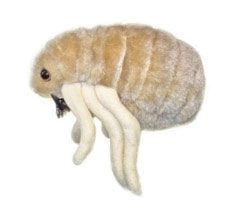 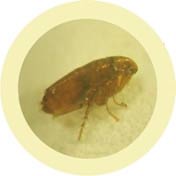 The Flea is considered a small insect parasite that lives by sucking the blood of its victims. It generally attacks mammals, dogs, cats, humans. It causes constant itching and can also transmit diseases such as typhus and fever (by mixing the blood of infected rats with humans).