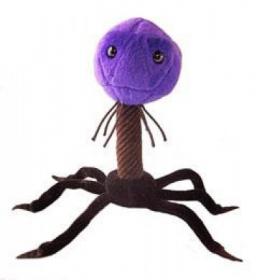 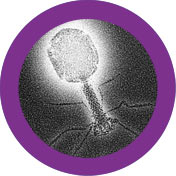 The T4 Virus infects the bacteria E. Coli. Basically, he secures his feet onto the E. Coli bacteria, who by the way, is much bigger than him, and injects his DNA. This DNA begins to create new T4 Viruses inside of the bacteria. Poor E. Coli explodes from the inside out releasing the newly created T4's to go and attack some more bacteria.