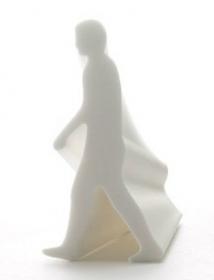 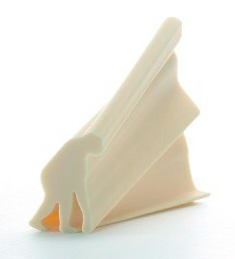 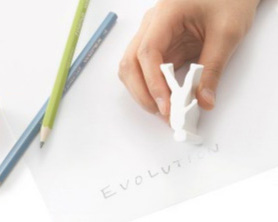 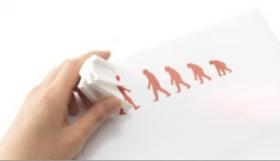 Charles Darwin was the first to propose : The Theory of Evolution - which explained how monkeys were able to evolve and become humans who walk on two legs and can think intellectually (sometimes). This image of evolution is well known and has been recreated thousands of times - most recently as an eraser.

Now you can see millions of years of evolution with your own eyes as your erase small errors. On one side a monkey, on the other a human. Erase using the monkey side, this way little by little it will transform into a human. Presented this way, the theory of evolution is easy for anyone to understand.

Anarchists and those who like to contradict anything and everything could also start erasing in the reverse sense and start on the human side...either way it's a lot of fun!

In the same section
Office