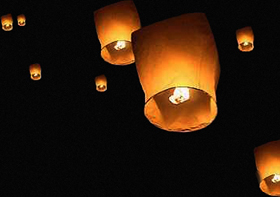 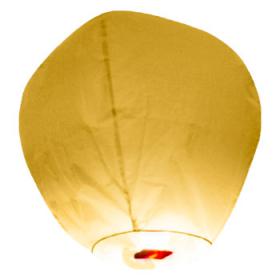 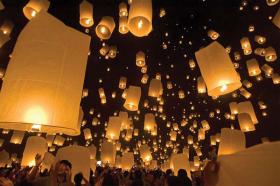 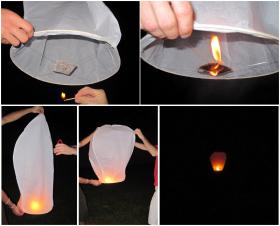 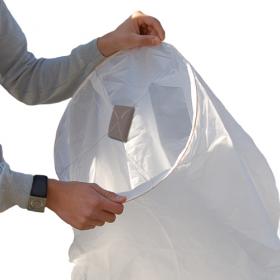 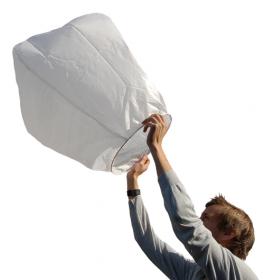 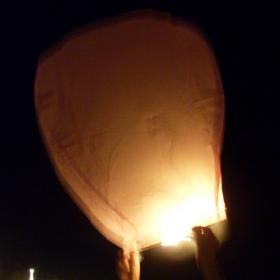 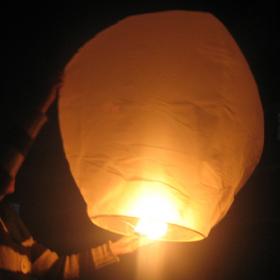 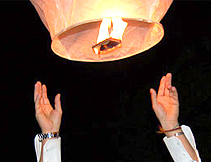 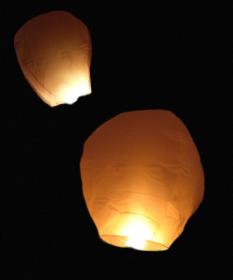 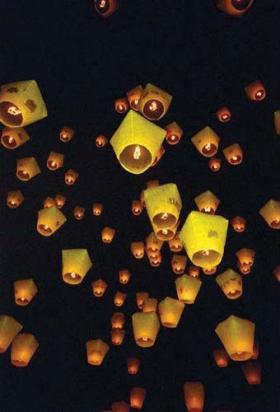 Set of 10 thaï lanterns
Height of inflated balloon : about 90 cm
It can float up to 1250 m and go long distances