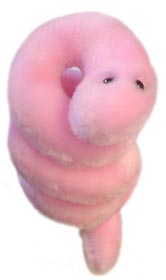 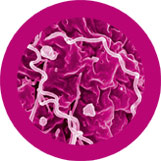 Syphilis is a sexually transmitted disease caused by a bacterium called tréponème pale (our stuffed version represents the bacterium and not the disease, of course). It develops in 3 phases, which often extend over more than a year. It is characterized by lesions on the skin and lymph nodes, as well as all kinds of failures: cardiac, renal, gastrointestinal, even loss of sight...

The pale tréponème was identified at the beginning of the century, but the disease itself has existed since the Middle Ages, perhaps even antiquity.