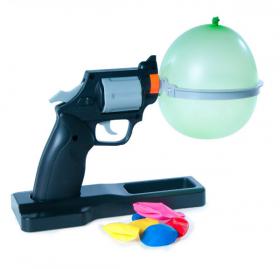 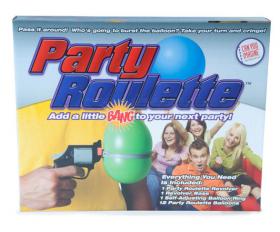 Everyone knows the principle of Russian Roulette as both stupid and dangerous. It's usually the result of a vodka charged evening. One guy gets angry, talks loudly, waves his arms and pulls out his favorite revolver. He places one bullet in the magazine and then turns it so he doesn't know where it is. He then places the barrel of the gun to his head and pulls the trigger. If the next sound is "Boom" - welcome to hell, and if not, it's only postponed.

If you don't have the guts to play with a real gun, or it you haven't abused enough vodka, here is the perfect substitute. It allows you to pop a balloon instead of your noggin!

You lose some adrenaline in the game, but you gain a lifetime. It's up to you.

Puzzle "The Bottle"
21 €
Our customers' reviews

In the same section
Absurd gadget