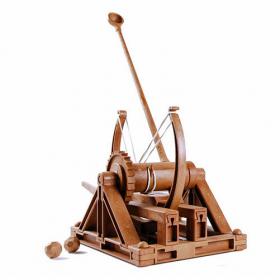 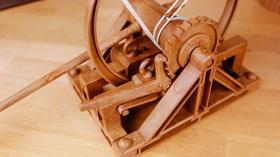 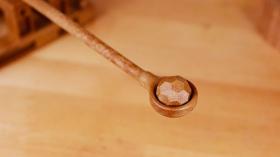 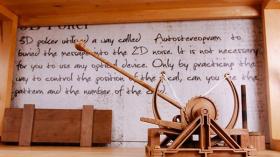 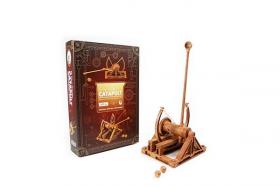 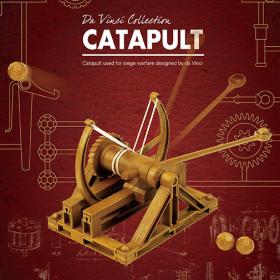 Catapults originated in ancient times as weapons used in siege warfare; designed to throw rough and heavy rocks towards enemy lines and fortifications.

Leonardo da Vinci sought to increase the destructive power of the weapon, but also improved practicality and operation.

His design used flexible limbs (similar to a crossbow) that stored energy, surpassing the fundamental operational principles and power of existing catapults, thus increasing the driving force of thrown projectiles.

In the same section
Scientific games

The Ever Sipping Bird