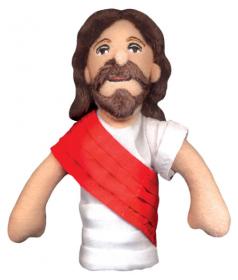 Jesus has influenced Western culture for 2000 years and yet we really only know 3 years of his life.

Jesus of Nazareth was born in Galilee between the year 7 and 5 BC (yes, that is NOT a typo). Little is known about his life until the age of 30, when accompanied by 12 disciples he traveled across the land preaching and healing the sick. His rapidly growing popularity made him an enemy of local authorities. He was arrested and sentenced to death by the Roman prefect Pontius Pilate in Jerusalem around 30 AD. He was resurrected and appeared to his disciples telling them to spread his teachings throughout the world. Thereby giving birth to Christianity, the most practiced religion in the world (about 2.2 billion followers). The life of Jesus is essentially explained in the Gospels, but his existence is also attested by Roman historians such as Tacitus and Pliny the Younger.