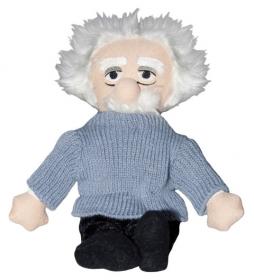 The father of relativity is the most iconic scientist of the twentieth century.

Albert Einstein was born in Germany in 1879. He studied engineering in Switzerland where he was far from the top of his class, barely graduating! Afterwards he worked at a patent office in Bern and studied Physics on his own. He published an article in 1905 with his concept of "relativity" and began to be recognized in the scientific community. In 1915 he published his theory of "general relativity" - its theoretical predictions were confirmed by actual measurements and he became famous, receiving numerous awards, including the Nobel Prize in 1921. He decided to leave Germany in 1933 after the Nazis came to power and moved to the United States. He was a peace activist, yet he encouraged Roosevelt to make the atomic bomb in 1939 - a decision he soon came to regret. He died in 1955 and his ashes are kept in a secret place.

The Ever Sipping Bird
12 €
Our customers' reviews